In this July 26, 2015 photo, Pablo Ibarra, 75, poses for a photo holding a family snapshot from 1980, that shows him with his wife Francisca Santiago and their son Pablo, in Santa Ana, in the Mexican state of Oaxaca. In 46 years of a civil marriage, Ibarra and Santiago have had eight children and several grandchildren. But until Pope Francis' reforms to the church's annulment process went into effect on Dec. 8, 2015, they didn't think they could be married in a religious ceremony, because Ibarra was a divorcee. NICK WAGNER / ASSOCIATED PRESS 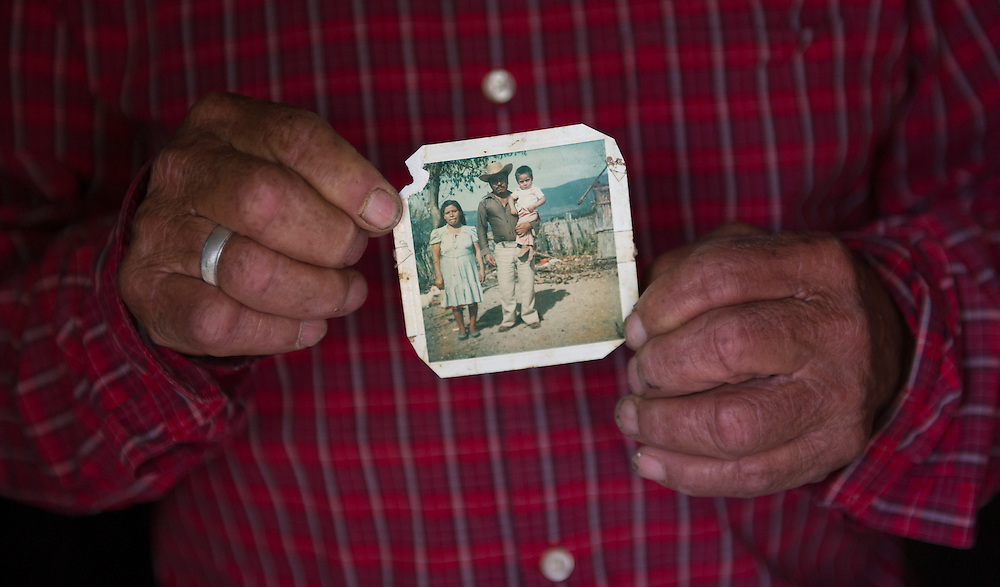