In this July 23, 2016 photo, the grandson of newlyweds Pablo Ibarra, 75, and Francisca Santiago, 65, tosses confetti as the couple leaves the church in Santa Ana, in the Mexican state of Oaxaca. The couple first met in 1967 while tending goats in the fields outside of Santa Ana, and years later were married in a civil ceremony in 1970. But until Pope Francis' reforms to the church's annulment process went into effect on Dec. 8, 2015, they didn't think they would ever be married in a religious ceremony. NICK WAGNER / ASSOCIATED PRESS 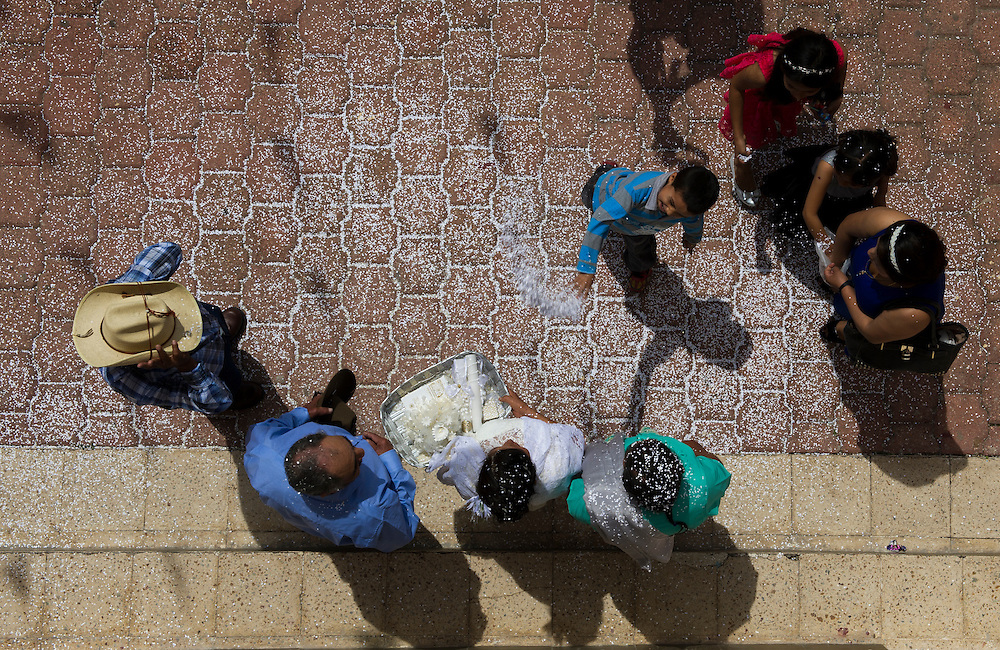